Commission in search of ‘robust response’ to gene editing challenge

The EU executive has already prepared the ground for a new initiative on gene editing to overhaul the current GMO legislation, EU agriculture commissioner Phil Hogan has said. 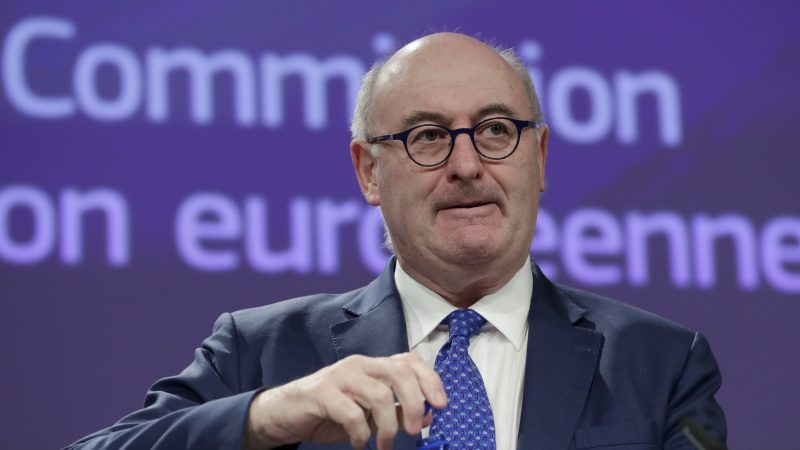 “What Health Commissioner Vytenis Andriukaitis has done is to continue to get the legal advice from the Commission to evaluate the outcome” of the European Court of Justice ruling on new plant breeding techniques, Hogan said after a meeting of EU agriculture ministers on 14 May.

Meanwhile, he said the Commission has asked EU member states to provide the necessary data in order to help the EU executive to come up with a “robust response” to the EU court’s ruling and draft a legislative response for the next Commission.

New plant breeding techniques (NPBTs) emerged as an innovative agricultural solution in the last decade, allowing the development of new plant varieties by modifying the DNA of the seeds and plant cells.

Environmentalists have called them “hidden GMOs,” claiming it is a covert attempt by the agri-food industry attempts to bring them into Europe through the back door.

The European Court of Justice (ECJ) said last July that organisms obtained by mutagenesis, or gene editing, plant breeding technique are genetically modified organisms (GMOs) which should therefore fall under the GMO Directive.

The court ruling was seen as a victory for environmentalists while the agrifood industry and farmers organisations warned about severe economic consequences for the EU farming sector.

Andriukaitis said the ECJ had been asked to interpret a law, the EU’s GMO Directive, which was adopted 20 years ago and does not reflect the technological progress achieved since then in this area.

“It was interesting that today the vast majority of ministers were looking for a Commission initiative in order to deal with this legal situation resulted from the recent ECJ judgment,” Hogan said.

“It’s a quite sensitive issue for ministers and society. Different member states have different views and different approaches to the genetically modified organisms (GMOs) and the core EU legislation on this has been in place since the 1990s and it was only updated in 2001,” he added.

“But I expected that a new initiative will be required in the next Commission,” he concluded.

“The next Parliament will soon become aware that, after the ECJ ruling, there is a need to legislate again on the issue,” he told EURACTIV in an interview.

The current EU rules, he added, leave the member states in a hazy state without clarifying differences between transgenesis and mutagenesis and the ECJ ruling only worsened the situation, leaving the ball further in member states’ field.

“There is a need to improve EU GMO legislation to be clear, evidence-based, implementable, proportionate and flexible enough to cope with future advances in science and technology in this area,” the advisory body said.

According to Hogan, this recent statement on gene editing fits as well into the ongoing discussions on the role of modern biotechnologies and sustainable agriculture.