A﻿ US$1.7-billion programme aims to develop 30 gene-edited plant and animal varieties in the next decade. 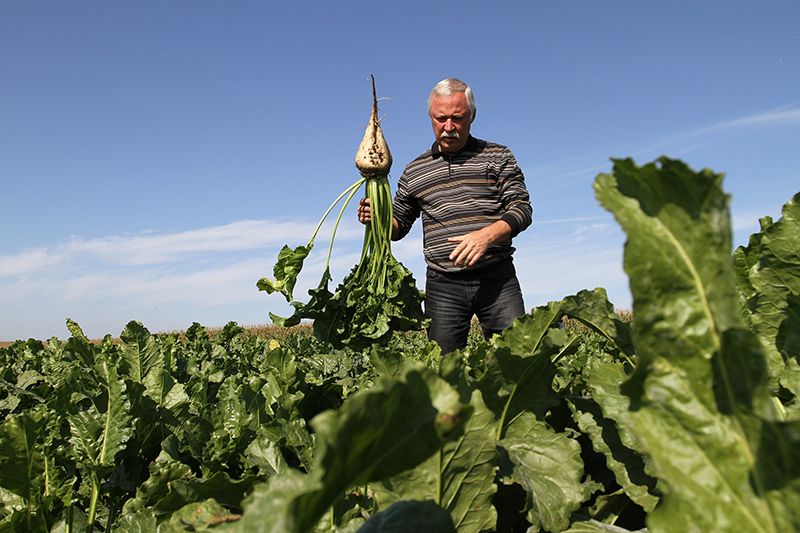 Russia is embracing gene-editing. A 111-billion-rouble (US$1.7-billion) federal programme aims to create 10 new varieties of gene-edited crops and animals by 2020 — and another 20 by 2027.

Alexey Kochetov, director of the Siberian Branch of the Russian Academy of Sciences (RAS) Institute of Cytology and Genetics in Novosibirsk, welcomed the research programme, noting that genetics in Russia has been “chronically underfinanced” for decades. Funding for science plummeted in the 1990s following the break-up of the Soviet Union, and Russia still lags behind other major powers: in 2017, it spent 1.11% of its gross domestic product on research, compared with 2.13% in China and 2.79% in the United States.

But some researchers doubt that the goals can be met on time, and worry that the initiative does not address the other issues they face, such as excessive bureaucracy.

The programme, which was announced in April, has also attracted interest because it suggests that some gene-edited products will now be exempt from a law passed in 2016 that prohibits the cultivation of genetically modified (GM) organisms in Russia, except for research purposes. Previously, it was not clear whether gene-edited organisms were included in the ban.

The 2016 law describes GM organisms as those with gene modifications “that cannot result from natural processes”. But the decree that established the new programme describes gene-editing technologies such as CRISPR–Cas9 — which do not necessarily insert foreign DNA — as equivalent to conventional breeding methods.

That marks a welcome step for Russian researchers, many﻿ of whom were demotivated by the uncertainty of the 2016 ban, according to a scientist at a major institute of the RAS in Moscow who asked to remain anonymous for fear of professional repercussions.

The wording of the decree chimes with the stance of the US agriculture department, which last year said that it has no plans to regulate “plants that could otherwise have been developed through traditional breeding techniques”, including gene-edited species — although the situation is less clear with animals, which are overseen by the Food and Drug Administration.

By contrast, a July 2018 ruling from the European Union’s highest court declared that gene-edited crops are subject to the same tough regulations as conventional GM organisms — something many scientists said would hamper research.

Konstantin Severinov, a molecular geneticist who helped to develop the government programme, told Nature that is important that Russia is not sidelined in the world’s “CRISPR bonanza”, and that one goal of the programme is to make Russia less dependent on imported crops.

“Despite considering itself a bread basket, Russia is highly dependent on imports when it comes to elite crop varieties, so [the government decided] something needs to be done,” says Severinov, who splits his time between Rutgers University in Piscataway, New Jersey, and the Skolkovo Institute of Science and Technology near Moscow. “Luckily, a few RAS members managed to make the case that CRISPR–Cas9 is a good thing.”

The decree lists four crops — barley, sugar beet, wheat and potatoes — as priorities. Russia is the world’s biggest producer of barley and a major producer of the other three, according to the Food and Agricultural Organization of the United Nations.

Projects to develop gene-edited versions of these crops are already under way. Scientists at RAS institutes in Moscow are developing pathogen-resistant varieties of potatoes and sugar beet. And gene-editing research aiming to make barley and wheat both easier to process and more nutritious is in progress at the Vavilov Research Institute of Plant Industry in St Petersburg, and at the RAS Institute of Cytology and Genetics.

But whether Russian scientists can meet the programme’s ambitious goals is unclear. Despite helping to develop the programme, Severinov — who once famously described working in Russia as like “swimming in a pool without water” — says that it does not address the “inhumanely bad” conditions for doing life-sciences research in Russia, including red tape and poor access to supplies.

The anonymous scientist who spoke to Nature also doubts the programme’s timeline: “I am sure [the government] will spend the money and call the programme a huge success. I am less confident there will actually be any new varieties by next year — perhaps later.”

Kochetov says that the initiative’s goals are realistic. “The research programme will bring promising products — there’s no doubt about it.” H﻿e says that private companies might accelerate funding for gene-editing research now that the law is clearer. But he thinks that some legal uncertainty remains, and predicts that further regulation will be required to bring to market any organisms developed under the programme.

Yi Li, a plant scientist at the University of Connecticut in Storrs, says that the programme’s launch is “a significant move” both for Russia and the world. He says that it could prompt China to invest more in gene-editing technologies, and help to fuel growing enthusiasm for such technologies in the United States. “For European countries, this can be a very interesting development in the light of the European court of justice ruling on genome editing,” he adds.